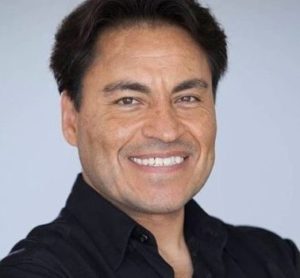 Rodolfo Guzman, a native of Mexico City, Mexico – grew up listening to the classic Mambo music that his father loved to  dance to. Rodolfo started taking classes from Ava in 2002, joined The Latin Symbolics in 2004, and became Ava’s dance partner in 2005. Their first performance together was at “Festival Borincano 2005” in Puerto Rico. Together, they have taught & performed at various venues including the Reno Bachata Festival, SF International Bachata Festival, West Coast Salsa Congress, Chicago Salsa Congress, and Puerto Rico Hustle & Salsa Festival, to name just a few!

Rodolfo has a natural ability to “break it down” and explain things simply & clearly. He is known for his no-nonsense approach to teaching, whether it’s a beginner Salsa class, choregraphing a Salsa Wedding dance, coaching professional couples in lifts and partner acrobatics, or in his POWER 9 Strength & Conditioning System classes. He is co-owner of Symbolic Dance & Fitness and co-director of The Latin Symbolics and other dance teams.